YO SCORE: Monitor the impact of Lifestyle Changes on your sperm

Overview of the YO SCORE:

At home sperm testing has taken yet another leap forward with the introduction of the YO SCORE.  Reproductive Endocrinologists make key decisions about fertility treatment based on both male and female examinations and test results.  Semen analysis (particularly motility, count and morphology) is the primary test for assessing male fertility.

YO Home Sperm Test, the first and ONLY FDA cleared Smartphone, video-based home sperm test to report Motile Sperm Concentration (as a qualitative result of LOW or MODERATE/NORMAL) has demonstrated that it can match the accuracy and precision of semen analyzers found in many fertility clinics. The accuracy and precision of YO was confirmed by a peer reviewed article published in the international journal Fertility and Sterility in December 2018.

The YO SCORE developed by Medical Electronic Systems, a global expert in automated semen analysis, was introduced to help YO Home Sperm test users better understand their Moderate/Normal YO results.  The scoring is based on a study published by the WHO that ranks the semen analysis results of thousands of men who have fathered children.  YO scores are reported in increments of 10 up to 90+ and fall into three categories of NORMAL as shown in the table below.

Monitoring changes using the YO SCORE:

Jon Hammond is 31, and he and his wife, Katie, also 31 are ready to begin trying to conceive.  Katie has normal periods after stopping her birth control pills and has recently purchased an ovulation prediction kit so that they can better time intercourse.  Jon works nights at the local power plant and sleeps during the days. His diet is not bad but could be better. He is a former smoker but still smokes 1-3 cigarettes a day and drinks 4 to 5 12 oz beers a week. He is working on stopping both these habits as they prepare for pregnancy.

Jon sees Katie preparing for pregnancy and wonders if he could be more “engaged” in the process. Some of his friends have had low sperm counts and required fertility treatment and, although he’s pretty sure he’s fine, he does really know and wonders if his sperm is okay.

Testing his sperm at home using the YO Home Sperm test kit would help Jon establish a baseline YO SCORE and could also help him understand where his Motile Sperm Count (MSC – a composite of both sperm COUNT and MOTILITY) stands.  In addition, he will see a sperm video of his sample.  All of this is saved in the YO archive and can be useful for establishing his baseline and sharing information with his partner and physician.  As Jon continues to abstain from smoking and alcohol and works to improve his diet and add vitamins/antioxidants to his daily routine, periodic monitoring of his YO SCORE will help him see if these changes in his lifestyle are positively impacting his YO Score / MSC.

If Jon’s YO SCORE is 10-30 (LOW NORMAL) it might raise a concern that he could have a male factor infertility problem that warrants further testing.  He may want to self-direct to a fertility specialist or urologist for a complete fertility work-up (including a comprehensive semen analysis) especially if he and Katie are actively trying to get pregnant. Taking his YO SCORE, MSC results and sperm video, he can start the conversation with his physician with some evidence.  Determining his fertility status earlier rather than later will benefit the Hammonds fertility goals.

**It is very important to note that the Hammonds are just now ready to begin trying to conceive.  If they had been trying for 12 months and had NOT yet conceived, the recommendation would be to see a fertility specialist to make sure there is nothing wrong. Even if their home sperm test and ovulation tracking is perfect, not seeking care after one year of unprotected intercourse, could negatively impact their success with fertility treatments (if needed). 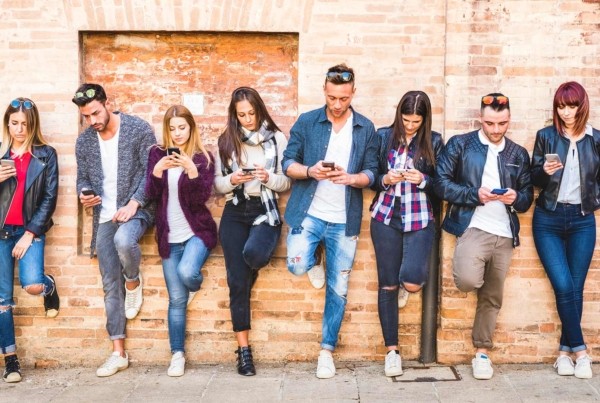